Why Do I Care Who Adam and Eve Are? 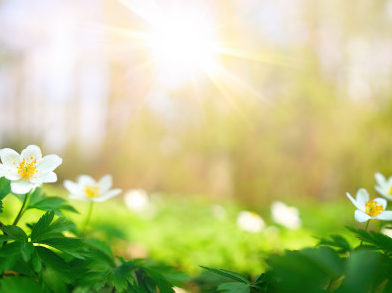 The Genesis account of Adam and Eve is much deeper and more complex than first meets the eye.

Who Are Adam and Eve, and Why Do I Care?

The story in Genesis of Adam and Eve being lured into sin by a snake (or serpent) is often considered historically accurate, literally true, “inerrant.” Along with that, many people also take quite literally the idea that God became angry with Adam and Eve as well as the snake. It doesn’t stop there. People believe that that incident constitutes the origin of sin which everyone since is tainted with. Such sinners must come to realize and believe that they are redeemed by Jesus Christ’s martyrdom. Many well-meaning Christians firmly assert that such belief literally takes away God’s wrath for the fortunate individual who learns and turns their life that way. Furthermore, in this line of thinking – in order to account for the possibility of God having the capacity for both infinite love and horrendous anger – the Trinity becomes a mystery of faith separating the oneness of Father, Son, and Holy Spirit.

It seems like if you take the Bible literally, any one thing you focus on may lead to a big mess.

On the other hand, could the same thing also be said if you take the Bible symbolically?

Or is it possible for the Bible to be a blend of both? What’s a God-fearing, spiritually-minded, good-willed person to do?

Let’s consider the options by exploring the story of Adam and Eve as a blend of literal and symbolic truths.

On the literal level, instead of thinking of Adam and Eve as two individual people, one male and one female, consider “Adam and Eve” as a way of naming a literal, historic era of humanity with lots and lots of men and women including generations of offspring: the time period called Adam and Eve. Similarly, consider “the snake” as a name for a whole set of people who literally slithered into power and duped a whole civilization into thinking in such self-serving and worldly ways that their quality of spiritual life was effectively ruined. Imagine this happening over years, decades, perhaps centuries, but so long ago that the only record we have of it is digested into a very brief synopsis of a grand story. That synopsis - of two innocent people in a garden featuring two very special trees and a conniving snake - conveys truth on both literal and symbolic levels.

I consider the Bible written as a way for God to reveal truth to individuals throughout time and space. If it is Divinely inspired, it must have the ability to speak to an infinite number of people and spiritual states. It must be effective for young, ignorant children as well as mature, wise adults and all stages of spiritual development in between. It must somehow convey truths on both literal and symbolic levels in a way that makes sense.

Let me suggest a few ways of understanding Adam, Eve, and the snake in our modern lives.

Literally and in our own individual history, each of us experiences this story in early infancy or childhood when our amazing, heavenly innocence is ever so slightly tainted by the lure of our powerful senses. At first it doesn’t seem to any loving parent or grandparent that a sweet infant or child could possibly have a selfish or worldly impulse at all. But it happens. Even though it’s a mystery what moment in each of our lives it starts, it does. The influence of the snake appears.

As we continue to grow, whether we like it or not, we interact with “that serpent of old,” the many stealthy negative influences from around us and within us that slither into our unconscious and conscious lives. From heredity and through experience, we inevitably become more and more heart chilled and brainwashed to feel and think selfishly and materialistically. It happens all the time. We get used to it. The more it happens, the more our original blessed innocence fades into the background. We take on the spiritual qualities of Adam and Eve and the snake. It’s everyone’s story.

At times on this spiritual journey, we might forget that God ever loved us. We might even imagine that God is actually angry with us. But this is just the influence of the snake again, luring us away from the tree of life, and enticing us with the fruit of the tree of the knowledge of good and evil. “Hey there, I know life is hard,” says that snake. “Focus your faith on your five senses and your own intelligence and discernment, and you’ll be much happier. Believe me.” Then just like that, the rascal sends irrational thoughts that God would be upset to the point of being beside Himself with anger, only to be appeased by a separate divine entity that would be martyred to save the human race from Himself.

It's nothing but snake oil, still causing problems. Reminds me of the old saying, “One lie leads to another, and before you know it, your whole life can be a lie.”

But there is also hope in the form of another story of a serpent put into its rightful place in the depths of the earth. The Book of Revelation is obviously symbolic and also literally full of truth. Here we read about that serpent being overpowered and in its place a beautiful, innocent woman and her child are caught up to heaven where they can thrive in an incredible city with the tree of life in the center. It’s heavenly. This could be the story of our lives if we want.

I imagine God graciously smiling on this way of thinking about the precious stories of His Word. This is why I care about Adam and Eve and even the serpent. It helps me progress in my spiritual growth.

With love and respect, Nathan