Learn Something New This Year 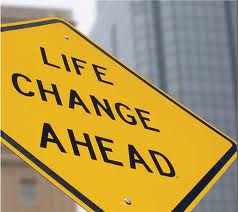 Several decades ago I visited a member of my flock at his home in beautiful Brevard, North Carolina. It was the beginning of January, and I had a fresh new printed planner in hand. I was feeling motivated to make some changes in my life, so it seemed fitting that our casual conversation turned to goal-setting. I asked, “What do you think of making New Year resolutions?”
Musing about it, he replied rather matter-of-factly, “Oh, I try to learn one new thing a year.”
In my mind I chuckled and thought, “That’s a pretty low expectation. I guess he’s not really into this.” I seem to recall having quite a few aspirations for the new year, but he must be in a different frame of mind. I stuck with the topic anyway and asked for clarification, “Interesting. Can you give me an example?”
He replied, “One year I thought it would be interesting to have new job, so I went back to school to become a land surveyor.” He pointed to a mobile hanging from the ceiling. It was made of a dozen tortoise shells that he had collected. “See those?” he asked. “It’s so interesting what you find walking all over the place.”
Suddenly some of my goals seemed rather small in comparison.
He continued, “One year I decided to learn French. Another year I thought it would be useful to learn more about government, and I became a state representative.”
I was impressed. It’s amazing how life changing it can be to learn one new thing a year.
Though I haven’t been as deliberate as my friend about setting such big, annual goals, when I look back I can point to certain decisions that led to big life changes. At one point I felt a strong sense of “now or never” and decided it was time to pursue my growing interest in counseling. Several years later I had a degree and a license and an appreciation for serving people in new ways.
Live and learn. The two go together in step. The more I learn, the more enriching my life seems, and the more creative, useful, and productive I feel.
What are you going to learn this year?
-Pastor Nathan Gladish, January 2022