1. What Is Divine Providence? 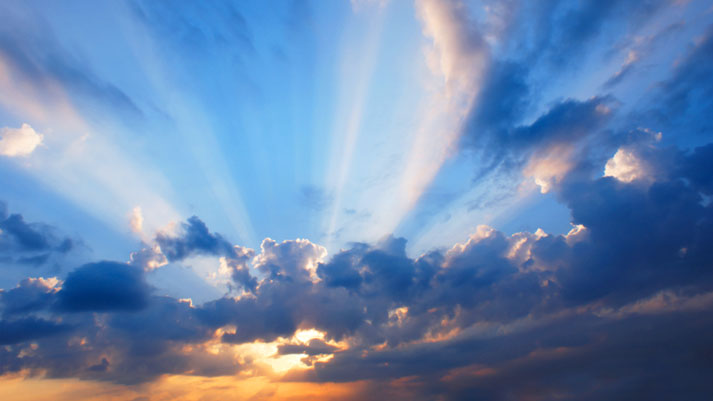 Essay #1 from the book, "Reflections on Providence" by the Rev. Frank S. Rose, Tucson, AZ

I was once talking with a woman who shared her doubts about the existence of God.  I asked her if she saw evidence of love in the created universe.  She said that she saw it in the warmth of the sun, in the tender care animals give to their young, in human kindness and nurturing.  There is plenty of evidence of love in the universe.  I then asked if she saw evidence of wisdom in creation.  Yes, she saw it everywhere - in the intricate pattern of veins on a leaf, in the marvelous sequence from seed to plant to fruit and back to seeds again, in the marvels of the human body (she was a nurse).  She could see that everything in the universe is from love by means of wisdom.  I then explained that her doubts might be based on the fact that there are some things about life that seem very harsh, and even unloving.  Before attempting to square these bitter experiences with our picture of God, we need to remember that the divine love operates wisely.  Sometimes the love is evident.  Sometimes it is not.  There are aspects of life permitted by God out of wisdom, because in the long run they lead to some good end.  God operates according to principles of wisdom, or divine laws.  It is as if the Divine Love says: “I want to give the gift of life to others and share my love with them” and the Divine Wisdom answers: “These are the principles to enable you to accomplish this.”  the Lord runs the universe from love, using wisdom, and this government is what is called “Providence.”

Implied in this is the idea that creation has a purpose, which means that the universe was created out of love.  The love behind the universe is infinite - and so is beyond any idea of love we can grasp.  Just as it is hard to imagine the intensity of the heat of the sun, so it is impossible to grasp the intensity of the love that resulted in creation.   It is not just some blind energy or force - some overpowering love.  That kind of love can be terrifying.  We tend to avoid people who are affectionate but have no common sense.   We can feel smothered by this kind of love.  It is reassuring to know that the divine love always acts intelligently, wisely and following principles of order.  We live in an orderly universe, at the heart of which is love.  When people doubt the existence of divine providence because they see pain and evil in the world, they are questioning how their experience can fit in with the idea of a loving God.  Remembering that love operates wisely we can then ask a different question: how does life as we know it fit in with the idea of a loving and WISE God.  Viewed more deeply things that otherwise do not make sense, might be evidence of a more profound love than we every realized, and a greater wisdom than we suspected.

Admittedly it would be possible to find other things in nature - the harshness of the law of survival, the way in which some animals abandon their offspring at birth.  Some have even talked of the “mistakes” of evolution, though many of the things that were at one time seen to be mistakes, turn out to have a value not previously seen - like the function of the ductless glands in the body.